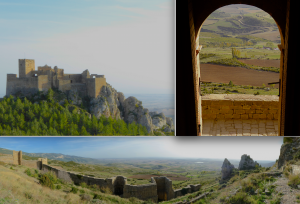 Hands down, the best Romanesque fortification — and authentically unique — in Spain is the Castillo de Loarre. And the best time to see it? Autumn, when tourists are few and prices are lower.

Very few changes to this defensive fortification have occurred due to careful conservation efforts. No wonder it was a featured location in the 2005 movie The Kingdom of Heaven. The castle sits high like a diamond set on a rocky prong of southern Pyrenées foothills making for a most awe-inspiring sight from a distance. In light fog with patchy sun shining on its grey stones it appears a romantic mirage as you drive up the meandering road to its entrance. I was immediately beguiled and more so as I learned its history.

Dating from an earlier and much smaller fort with a village, Loarre was under Muslim rule until 1070. It was after a successful battle in 1070 by the Christian Sancho Ramirez, King of Aragon and Pamplona, that Loarre’s expansion into the castle we see today started.

Playing a part in the history of the “La Reconquista,” the Castle of Loarre was not just a royal palace, in fact it was a very serious border frontier outpost marking the reacquired Christian lands from the not yet conquered Islamic territory. The striking curtain wall was added in the 12th century while it was still being used as a royal residence for governors and to protect a growing village at the base.

Conserved but not restored to a period piece, you will wander from varied rooms that rise and fall over the rocky landscape. Two chapels, towers, basement, and even a “queen’s outlook” with sight lines for miles will reward even the most hesitant visitor.

Today the village of Loarre has a population of about 400 and is home to a medieval mansion turned boutique hotel and restaurant, Hospederia de Loarre. Many people may feel a quick day visit to the castle is all that’s needed, but it’s more than worthwhile to stay in the village overnight to submerge yourself in the wild and untouched Aragon atmosphere. 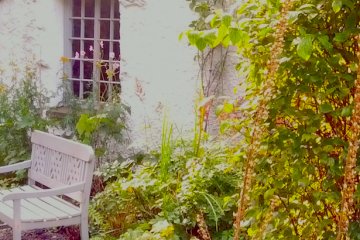 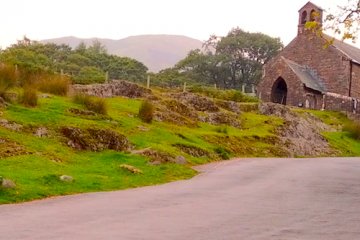 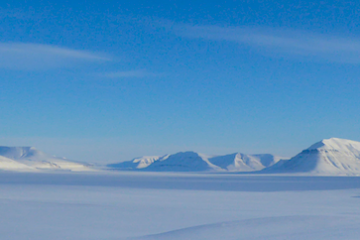